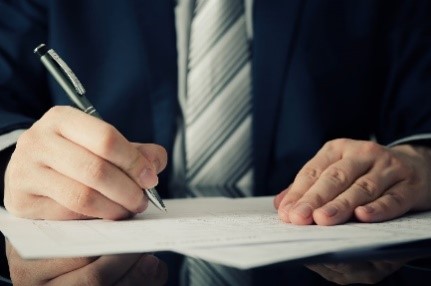 The “Secure Act” was part of a larger law that passed with (rare) bipartisan support in late-December 2019. It is effective January 1, 2020, for most purposes. This is a series of articles on the Secure Act. The first article looked at the basics of the Secure Act. This second article examines planning strategies for dealing with the Secure Act.

As laid out in the first article in the series, the Secure Act requires more rapid distributions of retirement benefits to most beneficiaries, a 10-year rule for all except “eligible designated beneficiaries.” So, assuming your beneficiary would be subject to the 10-year rule, what can you do to get the best stretch?

There are no perfect solutions. However, there are some things you can do which will allow you to make the most of the stretch allowed under the Secure Act. This article will examine two strategies. The first is a simple strategy, to “Roth” the retirement assets while you’re alive. When you convert your IRA to a Roth IRA, you pay income tax on the assets upon conversion. After that, you never have to take distributions during your lifetime. When you or your beneficiaries take distributions, they’ll be free of income tax, including any growth on the assets. This is because you’ve already paid the income tax due to the Roth conversion. After the Secure Act, your beneficiaries will still be subject to the 10-year rule (unless they’re “eligible” as outlined in the first article in the series). But, they could wait until the end of the 10-year period and take the entire balance out at that time. This would allow the assets to grow free from income tax for the longest possible period. Without a Roth conversion, the beneficiaries would likely need to take them over several years to minimize the impact of taking the retirement assets into income and driving the beneficiary into a higher marginal income tax bracket. The Roth strategy avoids that because the withdrawal of the assets doesn’t impact the beneficiary’s taxable income because a Roth IRA is tax-free upon distribution.

The second and more complex strategy is having a Charitable Remainder Trust (“CRT”) as the beneficiary of the IRA or retirement plan. A CRT itself is a tax-exempt entity but distributions to the non-charitable beneficiary carry out the income tax characteristics of income earned by the CRT. The IRA would payout to the CRT within 5 years of the Participant’s death, bringing taxable income to the CRT. But, as a tax-exempt entity, the CRT itself would pay no income tax on the distributions from the IRA.

But, a CRT has certain strict rules and tests. At least 10% of the actuarial value of the CRT must go to charity. At least 5% must go each year to the non-charitable beneficiary. There is overhead with a CRT as it requires annual tax returns and other compliance. A CRT may be a great solution for those with a large IRA or retirement plan who want to defer income taxation for their beneficiary as much as possible and who are charitably inclined.

The Secure Act is now part of the law. You can accept its 10-year limitation on deferral. Or you can plan to maximize the deferral within the limitations of the Secure Act. The simplest way to maximize the deferral within the Secure Act’s 10-year limitation is a Roth conversion. A more complicated, but potentially more powerful solution is to name a CRT as the beneficiary and deferring income taxation based on the nature of the CRT. A qualified estate planning attorney can help you choose the solution that’s right for you.

Part I of this Series: The Secure Act of What It Means for You

See the original article at aaepa.com.

The Sandwich Generation is torn between caretaking responsibilities for their minor children and their elderly parents. But first, they need to make sure they take care of themselves. Read on to learn more. END_OF_DOCUMENT_TOKEN_TO_BE_REPLACED

An Estate Plan is an essential part of your planning process. But there are ways an Estate Plan can be challenged as being invalid. This is part of a series of articles on ways an Estate Plan might be invalid and how to avoid these pitfalls. This fourth article in the series looks at testamentary capacity. END_OF_DOCUMENT_TOKEN_TO_BE_REPLACED

An Estate Plan is an essential part of your planning process. But there are ways an Estate Plan can be challenged as being invalid. This is the third part of a series of articles on ways an Estate Plan might be invalid and how to avoid these pitfalls. This article looks at fraud. END_OF_DOCUMENT_TOKEN_TO_BE_REPLACED