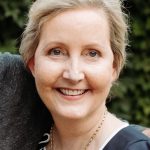 Carolyn Thompson, 49, of Brandon, South Dakota, passed away peacefully September 28, 2019 after a long and courageous battle with leukemia. Carolyn died with the confidence she would wake up in heaven. Carolyn will live forever in the hearts of her children Taylor, Rachel, and Will. They were the loves of her life, her perfect gifts from God, as she called them. Carolyn often said she was sure that God had taught her more through her kids than He had taught them through her. Carolyn will also … END_OF_DOCUMENT_TOKEN_TO_BE_REPLACED 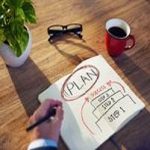 Whether or not we plan to do so, each of us will face death eventually. However, by planning, we can make our passing easier and better in many ways for those we leave behind. This is the second of a series on the ways we can ease the transition through planning. This second article focuses on the importance of the way in which you leave assets to your loved ones. The next article will focus on the importance of communicating your wishes to your family. When we think of leaving assets to our … END_OF_DOCUMENT_TOKEN_TO_BE_REPLACED 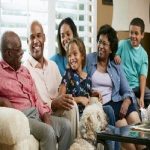 Whether or not we plan to do so, each of us will face death eventually. However, by planning we can make our passing easier and better in many ways for those we leave behind. The first article in the series demonstrated how you could gain privacy from the public by planning and using a trust rather than going through the public probate process. The second article in the series focused on how you can make the transition better through the manner in which you leave your assets to your loved ones. … END_OF_DOCUMENT_TOKEN_TO_BE_REPLACED 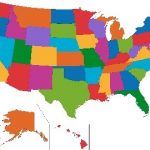 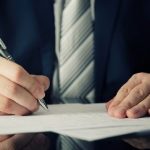 Sometimes people seem to think that if they don’t plan for death, it just won’t happen. In fact, 58% of American adults have no will, no trust, and no estate plan at all, according to a recent study by Caring.com. Unfortunately, whether you plan for it or not, death is inevitable. If you have no plan, your state of residence has a plan for you, it’s called “intestacy.” With intestacy, your assets go to those the state has pre-determined. They may or may not be the people whom you love and who … END_OF_DOCUMENT_TOKEN_TO_BE_REPLACED 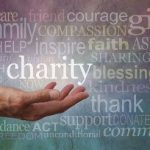 There are many ways to give back. Some give back through donations of cash or property. Other people give back by donating their time or expertise. Some people do both. When you give cash to a public charity, for example, you can deduct your contribution up to 60% of your adjusted gross income. For example, Mary Smith had an adjusted gross income of $100,000. She made a contribution of $60,000 to her alma mater. This resulted in Mary being taxed on $40,000 instead of $100,000, which cut her … END_OF_DOCUMENT_TOKEN_TO_BE_REPLACED 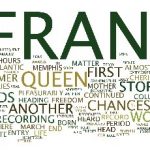 Aretha Franklin was known as the “Queen of Soul.” She was a singer, songwriter, civil rights activist, and so much more. Aretha was a great recording artist, with a career spanning many decades. She received honorary degrees from many prestigious universities, like NYU, Princeton, and Yale. She received the Presidential Medal of Freedom in 2005. In fact, we all owe her much “R-E-S-P-E-C-T,” just like the song for which she’s most famous. Aretha died on August 13, 2018, at age 76, without any … END_OF_DOCUMENT_TOKEN_TO_BE_REPLACED

﻿ Thompson law is hosting the Community Blood Mobile on Friday, September 28 from 10am-2pm. Any one who is able and willing to donate is much appreciated! Also, the Breaking Burrito food truck and The SDSU Ice Cream Truck will be on site, all are welcome to stop and get some goodies to eat. Make an appointment: www.supersaas.com/schedule/Thompson_Law/Blood_Mobile_2018 … END_OF_DOCUMENT_TOKEN_TO_BE_REPLACED

Phones are turned off at noon on Fridays.

March 16 update: We are open amidst Covid-19 epidemic, and if requested, we will provide virtual meetings or phone conferences.