The federal estate and gift tax exclusion is set “permanently” to $5 million, adjusted for inflation. However, if you die between now and the end of 2025, the exclusion is doubled to $10 million, adjusted for inflation. Its inflation adjusted to $11.4 million in 2019. But, the federal estate and gift tax is the same regardless of where you live when you die. You could die in Paris, France, or Paris, Texas, and the federal estate tax bill would be the same. However, about 1/3 of the states currently have a state estate or inheritance tax. Here’s a link to more information.

If you were to die in 2019, you would owe no federal estate tax unless your assets exceeded $11.4 million. However, if you were to die while resident in Massachusetts or Oregon, you’d owe state estate tax on the amount exceeding $1 million (if you didn’t have applicable deductions).

In 2001, federal law removed a credit for state estate taxes. Since that time, many states have ceased to have a state estate tax. The trend may be reversing. Recently, a bill was introduced in the California Senate, S. 378, which would put on the ballot a measure to institute a state estate, gift, and generation-skipping transfer tax. The amount which could be passed free of tax would be $3.5 million (not adjusted for inflation). The rate of taxation above that threshold would be 40%. There would be a credit for all federal taxes paid.

Where you decide to live is an important choice. It impacts your weather, your relationships, your cost of living, and your income tax rate during life. It also impacts on the amount of tax on your estate.

Read the original article at aaepa.com 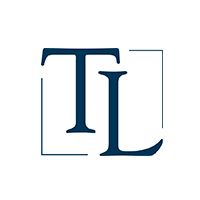